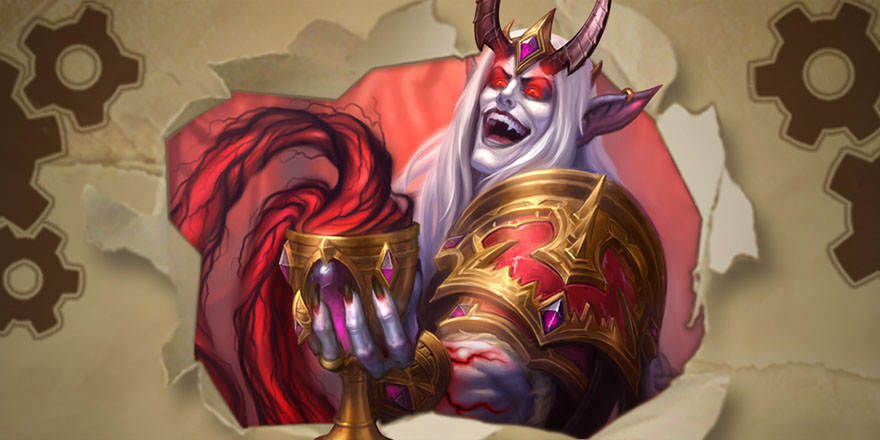 A day after the release of the server hotfix, the developers have prepared a small server update. It is aimed at balancing the Standard mode and contains changes for two maps. The developers have also released a fairly detailed explanation:

Comment from the developers: we have outlined the balance update in advance, so that we can take action soon after the release of the add-on. The Thunderstorm map is just that, as it finishes matches much faster, easier and more regularly than we had planned. Likewise, Ser Denatrius was a map we had been keeping an eye on for a while now. But before we took action, we wanted to see how he would perform in the new addition. After a few days, when we got the first data to analyze, it became clear that Denatrius is still very popular and effective. You could say that his matches are very polarized. So we decided to take action before the next round of the Hearthstone World Championship begins.

This balancing update has only been reserved for those balance tweaks that cannot be delayed. We will continue to monitor the meta and take further action if necessary – we have a window for them scheduled around the end of December.

Was: [cost 2 mana].
Became: [costs 3 mana].
Those cards that are available to create you will be able to spray for full cost within two weeks of the update being released. As a reminder, the regular Ser Denatrium was a free card, and therefore cannot be created or atomized.

Players who previously, for one reason or another, were unable to obtain a free Ser Denatrius during the last update will now be able to do so by unlocking the first set of Assassination cards in Castle Nafria. In this way they will also get Prince Renatal. In the future, Denatrius will be removed from the achievement to complete the process. Since this change is only aimed at players who were unable to obtain Denatrium earlier, players who have already obtained the card in one way or another will not be affected by this change.